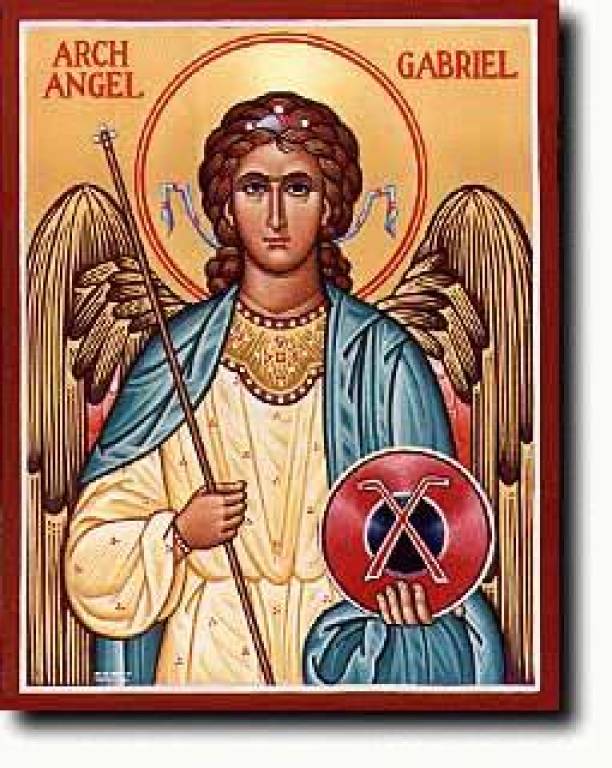 And so it was that not merely an angel; but the archangel Gabriel was sent to the Virgin Mary.  It was only fitting that the highest angel should come to announce the greatest of all messages . . . So too Gabriel, who is called God's strength, was sent to Mary.  He came to announce the One who appeared as a humble man to quell the cosmic powers.  Thus God's strength announced the coming of the Lord of the heavenly powers, mighty in battle.